Book to receive the link to stream online. Streaming will be available 48 hours during weekend from Saturday 5th of September at 4am (Sydney, Canberra, Melbourne time).

El mar nos mira de lejos (the sea is watching us) Synopsis: The creative documentary proposal of this online edition of “Contemporaries”, El mar nos mira de lejos, Muñoz Rivas’ opera prima, takes us to the reality of the few men, barely visible among the sand dunes of southern Spain, where the legend of an ancient and forgotten civilization lies buried, whose traces archaeologists and adventurers have been trying to find for more than a century. 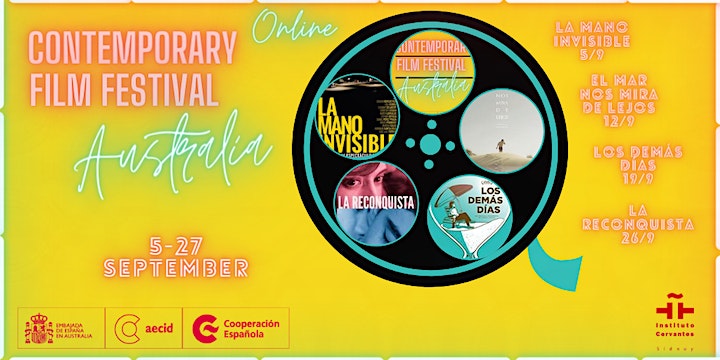 Item(s) in Your Cart

For guidance on Coronavirus, please refer to the World Health Organization website. visit WHO website. Please take great care of yourself & your family during COVID-19 pandemic. Dismiss